How I built my first Hackintosh?

How I built my first Hackintosh?

It started once on Lifehacker, with reading something around self-build PCs, called Hackintosh, which are running the operating system of Apple. Now, when I wanted to upgrade my old box, I went back, read it again, and decided to my build a hackintosh. So I'm going to install the Yosemite version of Mac OS X on a self-build hardware, as described on tonymacx86.com. 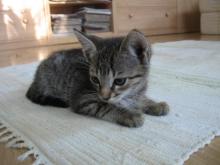